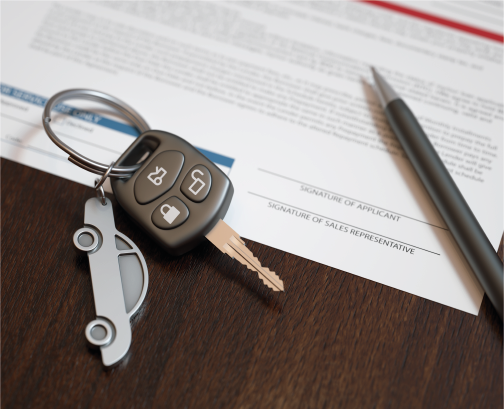 In January we saw the highest number of new car registrations reported for that month in 12 years. This figure included registrations for fleet and business use. Many are attributing this rise to be in some part related to the changes to vehicle excise duty that are coming into force very soon…

2015 feels like a very long time ago, but it was back then that the Chancellor announced that the way vehicle tax was calculated would be changing.

At the beginning of next month (April 2017) the new car tax rates will begin.

For those of us who can’t recall what the Chancellor said about the new vehicle excise duty (VED) in his budget speech two years ago, there are three parts to it:

It’s worth mentioning at this point, that these tax changes only relate to cars (and some motorhomes). If we’re wanting to use technical classifications, then M1, M1SP and M1G are the applicable ones. If that means nothing, then if it’s a ‘motor vehicle with at least four wheels, designed and constructed for the carriage of passengers’, then this applies to you, if said four wheeled passenger carrying motor vehicle is registered on or after 1st April 2017.

The new tax rates only apply to new cars registered with the DVLA for the first time, from April this year.

If you are registering a car on or after April 2017, there are three key parts to the new tax rates:

So, what is the new car tax going to cost?

WHAT YOU’LL PAY IN YEAR ONE

The lower your car’s CO2 emissions, the less you’ll pay is the simple rule of thumb with this one.

For cars kicking out no emissions at all, that’s what you’ll pay – nothing. The amounts then rise on a sliding scale up to £2,000 for cars emitting over 255 g/km.

WHAT YOU’LL PAY FROM THE SECOND YEAR

There’s a flat rate to pay each year, which is determined by the type of fuel your car runs on:

That covers the costs based on CO2 emissions (in the first year) and the cost based on what you put in your car to make it go (from the second year onwards). The only other thing that needs taking into consideration is what that car costs – as there’s more to pay if the list price for your new car is over £40,000.

If the car’s list price is more than £40,000 the first time it’s registered, then for five years (from the second year), you’ll have an additional £310 to pay (on top of the standard annual rate that the fuel type determines).

So… The new car tax changes explained in a nutshell are:

Or, if you’re wanting a brand new car and it’s possible to get it registered before April 2017, the new calculations won’t be applicable to you…

And if you need a new vehicle for your business, Praetura Asset Finance can help… Whether via lease or hire purchase, we can fund the purchase of the vehicle and you can spread the cost; helping balance sheets, budgets and there could be tax benefits too.

For more information about finance leasing or hire purchase of vehicles for SMEs, ask your broker or financial adviser to refer you to Praetura Asset Finance today.